The Best Christmas Markets in Europe

As the cold sets in and it becomes clear that winter is indeed coming, there is at least one bright light waiting midway through the dreary tunnel – Christmas. There’s no doubt that Europeans know how to do this time of year right, and the Christmas markets that pop up all over the continent are a big part of what makes December the most magical time of the year.

History, tradition, steaming mugs of mulled wine, once-a-year foods, arts, crafts, toys and more come together to create these cosy little pockets of happiness in some of the world’s most beautiful cities that we recommend you add to your list.

‘Capital of Christmas’ Strasbourg shoots straight to the top of the list after being voted the best Christmas market in Europe two years running (2014 and 2015). Dating back to 1570, Strasbourg’s market has grown to become a treat of over 300 stalls spread across 12 villages, not to mention the 400-year custom surrounding the fir tree – which naturally takes on the role of Christmas tree – in Place Kléber. Be sure to try Bredele, a kind of flavoured biscuit that in several different varieties; most commonly with aniseed, orange, cinnamon or spice cakes with sugar instead of honey.

Vienna wears the proud badge of holding the oldest Christmas market on record, with the first mentions of their Yuletide events dating back to the end of the 13th century. Christmas in Vienna is a social affair, and the markets become a major hub during the frosty weeks counting down to St Nicholas’ arrival.

As markets spring up all over the city locals bundle up to sip mulled wine and ‘punch’, a range of alcoholic beverages available in different flavours, proven to be the one and only way to beat the winter blues. Arts and crafts, traditional foods such as pretzels, Christmas ornaments and plenty more can be found depending which market you choose – the elegant Schönnbrun Palace market, the Rathausplatz Market with its spectacular City Hall backdrop and generally larger crowds, or the Spittelburg for a more local experience, among many others. 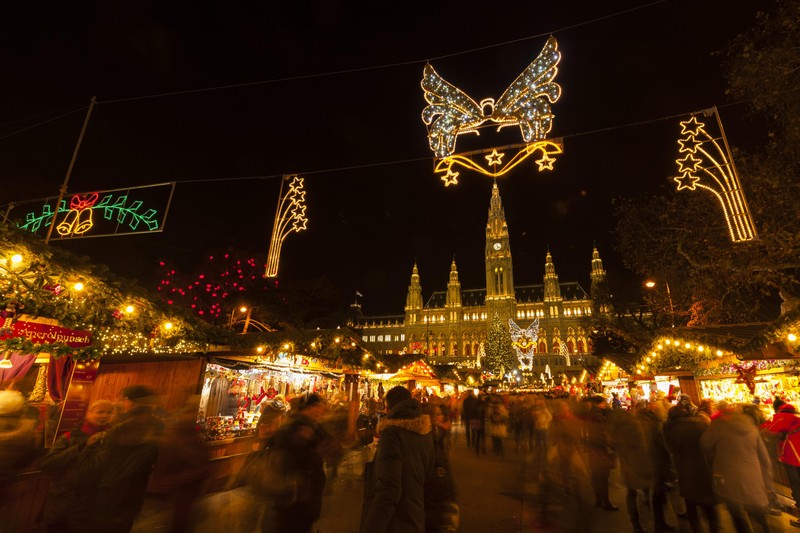 As one of the founding fathers of the Christmas market, with several cities boasting markets dating back as early as the 14th century, Germany is a sure bet to experience this wintery tradition at its best. Markets can be found in almost every metropolis, with the major cities of Frankfurt, Nuremberg, Cologne and Berlin offering some of the biggest and the best.

In Berlin alone there are over 50 Christmas markets dotting their sparkly way across the city. The biggest is Kaiser Wilhelm Gedächtniskirche, with over 170 stalls, a 20-metre-high Christmas tree and a self-proclaimed tempting aroma of roasted almonds, hot cocoa and mulled wine.

Foodies look no further – Bologna’s Fiera di Natale is all about the taste buds. While it is a necessity of any Christmas market to offer comfort food as visitors prepare to hibernate for the winter, nowhere does it like Bologna.

Delicacies to try include skilfully shaped marzipan that seems almost a waste to eat, bright citrus peels dipped in different kinds of chocolate, and torrone, a special kind of festive nougat. As a bonus, these little goodies also make perfect Christmas presents for your most difficult giftees. 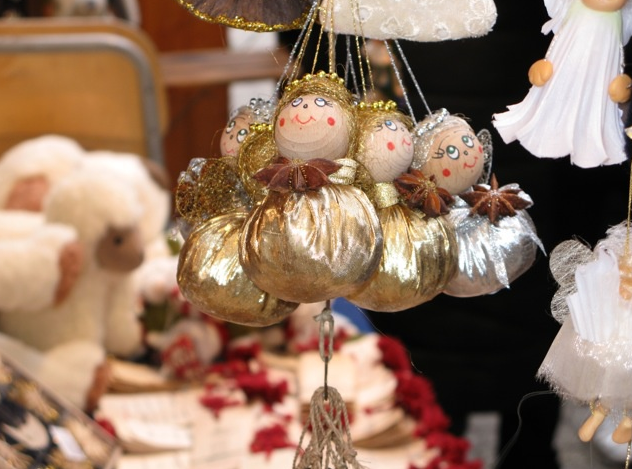 As with most capitals, Budapest offers more than one Christmas market, with the main event centred round Vörösmerty ter from mid-November. Budapest’s market is the perfect place to pick up unique Christmas gifts as everything sold is verified by a professional jury guaranteeing the wares on offer are handmade in Hungary. Naturally there is also plenty of food, hot drinks and traditional Hungarian food to be sampled, as well as cultural programs.

Manchester has found its own way to celebrate Christmas, with a unique twist. Rather than markets, Manchester boasts an entire Christmas trail spread across 10 sites. Along the trail visitors will be tempted by a range of gift items including handmade jewellery, crafts, artworks and much more. In the way of food your taste buds can expect diversity, with traditional Christmas cuisine and other fare from all over Europe on offer. Bratwurst, paella, goulash – and a few vegie items – all compete for the attention of visitors as they meander along this magical trail.

Twinkling lights, cosy wooden huts and sound of a crowd chatting over warming drinks could be about the only thing to make the charming town of Brugge an even more appealing destination. The main market is in the Grote Markt, with stalls selling traditional Belgian crafts including regional staples such as lace and chocolate overlooked by the 12th century bell tower.

Heading north you will learn that there’s something special about Christmas in Scandinavia. Perhaps it’s because the cuddly man in the red suit calls this part of the world home, or because every song ever written about a white Christmas could have been inspired by the frosty temperatures and short days that make nursing a mug of hot mulled wine, or glögg in Swedish, such a welcoming idea.

Stockholm’s Skansen’s Christmas Market has been in operation since 1903, but visitors beware, it is only open on weekends. Here you will find traditional ornaments and cultural performances, but your focus should be on the food: smoked eel, smoked salmon, saffron buns and pepperkaker (a kind of brittle gingerbread cookie) are all must-tries for the essential Swedish Christmas.

Want to know more about where to go and what to see in Europe? Take a look at our Destination Guide here. 129 Thoughts Everyone Has While On A Tour Adrenaline Junkie

5 Unique Destinations To Have a Tea Party Adrenaline Junkie